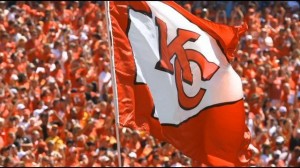 I’ve always wanted to officially do this. So here goes:

Green Bay Packers at Baltimore Ravens
Green Bay will come in more motivated. Not sure which Ravens team will show up. Anyone got a coin to flip?
Packers 35, Ravens 28

Detroit Lions at Cleveland Browns
An ugly game for Detroit with Megatron highly questionable to suit up. Cleveland seems to be getting the job done lately even though they traded T-Rich and their QB shuffle rolls on. I’ll take the home team.
Browns 28, Lions 24

Oakland Raiders at Kansas City Chiefs
Chiefs finally get offense rolling and unwrap Dwayne Bowe this week. A dominating performance and a statement game by the Chiefs. All this in the middle of the World’s biggest BBQ party and LOUDEST NFL stadium (Sorry Seattle).
Chiefs 44, Raiders 10

Jacksonville Jaguars at Denver Broncos
A 28-point spread? I’ll take the Jags and the points. I predict an actual game. Henne has a career day, ‘Sooner Magic’ makes an appearance in Denver and the Broncos look remarkably human. Denver still wins.
Broncos 38, Jaguars 28

New Orleans Saints at New England Patriots
New Orleans is going to do to the Pats what the Pats used to do to everyone else. Wilfork is missed.
Saints 35, Patriots 14

Washington Redskins at Dallas Cowboys
Romo earns his money this week as the ‘Boys roll in Jerryville.
Cowboys 41, Redskins 20

Indianapolis Colts at San Diego Chargers
Andrew Luck is even better this year. T-Rich gets back on track. Bad news for the Chargers.
Colts 34, Chargers 27