Picking the winners and losers of week 14 in the NFL. 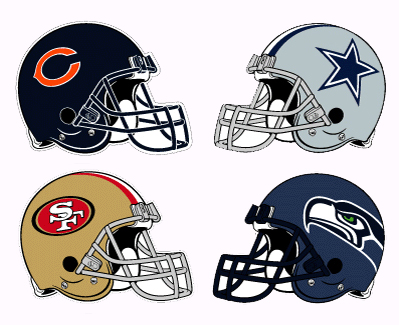 Welcome to REAL football. December football in the NFL – where teams pull out all the stops as the race for playoff spots heats up. What to look forward to? Intense competition and (my favorite) SNOW GAMES!

It is one-liner week. Buckle up, here we go:

Houston Texans (-4.5) at Jacksonville Jaguars
Jaguars are hot, Texans are not.
Jaguars 28, Texans 24

Buffalo Bills at Tampa Bay Buccaneers (-3)
The Bills will come into Tampa and take home a win.
Bills 21, Buccaneers 20

Carolina Panthers at New Orleans Saints (-3.5)
The Saints at home? That is all I need to know about this one.
Saints 41, Panthers 31

Miami Dolphins at Pittsburgh Steelers (-3.5)
Steelers are back in form AND at home.
Steelers 27, Dolphins 24

Tennessee Titans at Denver Broncos (-10)
Broncos are a Championship-caliber team. The Titans are mediocre.
Broncos 42, Titans 17

New York Giants at San Diego Chargers (PK)
The Chargers are just a few plays away from being a dominant team. They keep scratching the surface – look for a breakthrough on the road this week.
Chargers 34, Giants 27

Seattle Seahawks at San Francisco 49ers (-2.5)
I figured these teams to split the series, which means:
49ers 24, Seahawks 21

St. Louis Rams at Arizona Cardinals (PK)
Cardinals are the better team and are tough in the desert.
Cardinals 20, Rams 17

Atlanta Falcons at Green Bay Packers (-3)
With or without Rodgers, the Pack beats the Falcons in GreenBay in December.
Packers 23, Falcons 16

Dallas Cowboys at Chicago Bears (-3)
The Cowboys don’t have the mettle to go into Chicago in December and get a win.
Bears 33, Cowboys 21